skip to main | skip to sidebar

* I know that there are literally thousands of Manson Supporters around the world. This is a project that EVERY PERSON can easily participate in. The goal of this is to obtain a surprisingly large number of letters supporting Charles Manson and his release from Corcoran State Prison. We will openly present this collection of letters to the State of California and to the World.
4Please send one letter per person to:

4It would be beneficial to include a little information about yourself in your letter (age group, occupancy/hobby) in order to show the diversity of Manson supporters. This project is for all ages, all languages, all people.
4This will be similar to a petition, in the sense that you will need to include a valid name and address. Your information will be kept confidential.
4Please put this link and information up on your website and spread the word to everyone you know.


When you write your letter supporting the release of Charles Manson, feel free to use this as an example:

Officers and Servicemen of the United States Armed Forces, Federal Officials of the United States of America, State Officials of California,
to whom it may concern:
We KNOW Charles Manson was not given his rights in a court of law, and that he has been illegally incarcerated by the California Department of Corrections for the past 40 years. This blatant injustice will no longer be tolerated. Thousands of people around the world understand that Manson has been illegally tried in and by the media. He is obviously a political prisoner.

We are seeking JUSTICE for Manson, and justice for our planet Earth. Manson is an honorable man, with much insight and wisdom that is recognized by a great number of people of all ages and cultures. We the people are demanding that Charles Manson be released now. I support the immediate and unconditional release of Charles Manson.

If you need motivation to get going and send your support letter,
think of it this way: Anyone who does not show their support for Manson at this time is part of the problem that is keeping him locked up and mistreated!

We must show our numbers now. We can prove the peoples' support for Manson. Has your life been touched and inspired by Manson's words, music, and art? Let's all get together and do something about the injustice that is covering up this beautiful and wise being.

Again, write your letter to the officials, but send it to me at
RCMN, P.O. Box 303 Corcoran, CA 93212 so they will all be collected together. Letters from all countries will be presented to the State of California and to the World.
We need every person to do their part, and that means YOU!
Posted by Star

Send Your Letter To:

This project, although it is called "Release Charles Manson Now", is not nessesarily for the 2012 parole of Manson.

It is for RIGHT NOW, a show of support. There is, in reality, multiple thousands of people who believe in what Manson stands for, and who know he has been wronged. We must let our numbers be known to the world.

These letters are a valuable show of support that will inprove Mansons' situation. 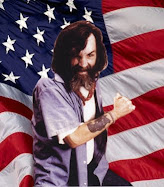 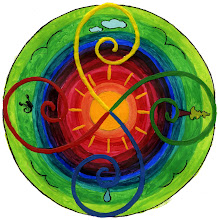